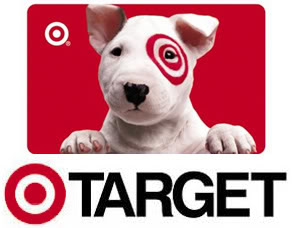 #Target $TGT appears to be taking a “less is more” strategy with ecommerce, choosing to revamp some online projects, cut relationships with digital partners, and walk away from prospective acquisitions, the Wall Street Journal reported earlier, citing sources.

“We’re not trying to be the catalog of everything. We aren’t going to add products to our website and stores just because they exist,” Target digital head Mike McNamara commented, according to the report.

Under McNamara, the company is pursuing select online projects, and is working on a curbside-pickup service, a source said. The Journal noted that Target stayed on the sidelines when #Wal-Mart $WMT acquired #Jet.com last year, considering the deal overpriced and a poor fit with Target chief Brian Cornell’s emphasis on high-margin product categories, according to sources.

Additionally, the report noted that Target was in advanced discussions last summer to potentially acquire #Sprouts Farmers Market $SFM but ultimately walked away, according to sources. More recently, Target explored acquiring an ecommerce name, including #Boxed.com, though those talks didn’t lead anywhere, sources told the Journal. 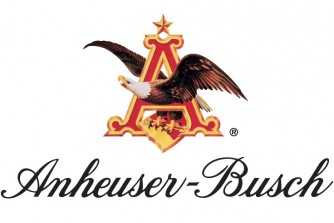 #Anheuser-Busch $BUD announced a major capital expenditure program across the United States. The company will invest close to $500M in 2017, and $2B through 2020.

Such investments include over $200M for brewery and distribution projects, $180M for product packaging and innovation initiatives, and $58M to improve and increase sustainability at the company’s facilities.

Today’s announcement is the next phase in a period of extensive, ongoing investment by Anheuser-Busch, with investments totaling $4.5B from 2011 to 2020.

The new capital expenditure program will expand Anheuser-Busch’s U.S. operations, bolster local and state economies, and support over 17,000 jobs in the United States.

“Since Anheuser-Busch was founded 165 years ago, our company has been deeply rooted in America’s economic and cultural life. Our love of great beer and bringing people together is part of the American story,” said Joao Castro Neves, President and CEO of Anheuser-Busch. “We are making these investments in our business, and the communities where we live and work, for the next 165 years.” 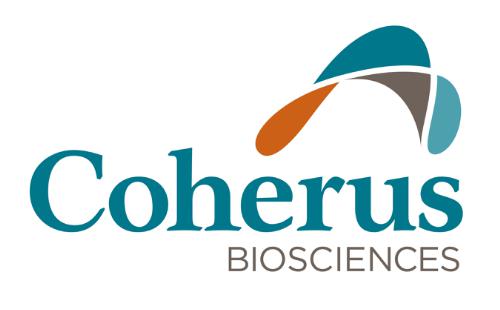 Coherus Biosciences $CHRS could skyrocket in the next few weeks if it receives FDA’s approval, research firms Credit Suisse and Maxim argue.

The FDA has set an action date of June 9 for its review of CHS-1701, and while CHS-1420 is further out, #Coherus said in its earnings report last week that it expects a May 17 decision in part of its patent battle with AbbVie.

CREDIT SUISSE SAYS COHERUS COULD DOUBLE OR MORE: Last week, Credit Suisse’s Alethia Young highlighted two “major” catalysts for Coherus over the next two months: The possible invalidation of AbbVie’s “135” patent for Humira — which Young calls the “key dosing patent” that would allow Coherus to launch CHS-1420 before 2022 — and the FDA’s decision on CHS-1701. The analyst thinks the “bigger mover” is the 1701 event and she expects “on-time approval” of the product on June 9, though Young cautions that the lack of an Advisory Committee meeting “lowers the visibility” into the agency’s ultimate decision. The analyst reiterates her Outperform rating on the stock and says it could jump 110%-200% or fall 40%-65% as the above mentioned events play out over the next month. Young’s report builds on an April 19 note in which she forecast a 90% chance of CHS-1701 launching in 2018 and a 75% chance of CHS-1420 launching in the U.S. in 2020, adding that Coherus becomes a likely takeover target if those regulatory and patent decisions are settled in its favor.

MAXIM SEES TRANSFORMATIVE DECISIONS: Maxim’s Jason McCarthy argues today that “the best is ahead” as Coherus approaches the inflection points for 1420 and 1701, either of which he says could be “transformative” for the company. The analyst argues that Amgen’s recent lawsuit to protect a Neulasta patent has a low probability of delaying 1701 commercialization, as Coherus doesn’t use the purification process described by that “707” patent. McCarthy also contends that the AbbVie 135 patent fight chances are “in favor of Coherus” due to the latter’s strong focus on intellectual property.

PRICE ACTION: After gaining nearly 11% since its May 8 earnings report, Coherus is down 2% to $21.90 in Monday’s session.

Morgan Stanley’s Adam Jonas who was a bull on Tesla downgraded the name, worried by #Apple, #Alphabet competition – $TSLA was downgraded to Equal Weight by the analyst, citing signs that the company will face stiffer competition from tech heavyweights like  Apple $AAPL and Alphabet $GOOG, $GOOGL .

Additionally, Wall Street appears to be overestimating the number of Model 3 vehicles that the company can sell in the near to medium term, Jonas warned.

COMPETITION: There are indications that “large tech firms” are preparing to compete in the electric vehicle market, said Jonas, who noted that Alphabet is looking to increase the size of its autonomous vehicle fleet by 600%, while Apple recently obtained an autonomous driving permit from California. Ultimately, “much larger and more well capitalized competitors” will become involved in Telsa’s core market, Jonas believes.

MODEL 3’s IRRATIONAL EXUBERANCE: In the last four months, the market’s expectations for sales of Tesla’s upcoming Model 3 vehicle have increased significantly, Jonas stated. The analyst thinks that the market expects Model 3 deliveries to far exceed his estimates of 2,000 and 90,0000 in 2017 and 2018, respectively.

OTHER FACTORS: China will probably not be a large market for Tesla, since #Beijing may limit the number of foreign made, high-tech electric vehicles that can be sold in the country, Jonas wrote. Meanwhile, Tesla’s newer businesses – solar, electric storage and electric trucks – probably won’t be worth more than a cumulative 15% of its current market cap, #Jonas believes.

Ransomware is a type of malicious software that carries out the extortion attack from cryptovirology that blocks access to data until a ransom is paid and displays a message requesting payment to unlock it. Simple ransomware may lock the system in a way which is not difficult for a knowledgeable person to reverse. More advanced malware encrypts the victim’s files, making them inaccessible, and demands a ransom payment to decrypt them. A total of 150 countries have been affected in the past 72 hours.

Oppenheimer notes that according to media reports, a global ransomware attack was launched and infected up to 200,000 computers in at least 150 countries on Friday.

The analyst believes the “biggest ransomware outbreak ever” could serve as a wake-up call for many organizations and countries delaying a review of their cybersecurity hygiene. 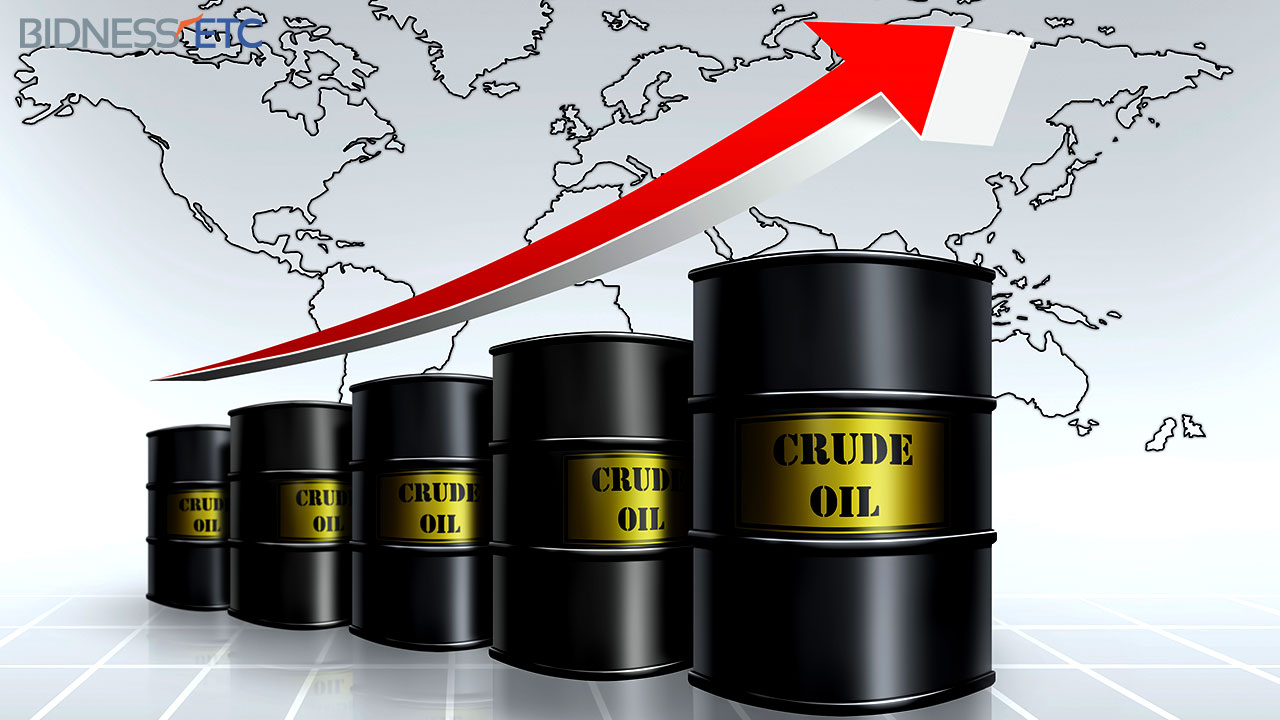 Crude oil jumped nearly 2% in electronic trading on Sunday evening to reach $48.68 per barrel, its highest price since May 1. Russian and Saudi Arabia’s oil ministers meeting in Beijing said they see the oil-cut deal working, and inventories are decreasing. They are in favor of extending OPEC’s output-cut deal for nine months.

OPEC and Russia have openly discussed a potential production cut extension. Other Non-OPEC producers, such as Turkmenistan and Azerbaijan have also expressed support for an extension. Around 1.8 million bpd will be removed from the market, making enough room on the market to counter the expected 1 million bpd of additional shale oil from the U.S., combined with possible additional volumes from Canada and Brazil, there is still a drawdown of stocks in place. World oil demand growth for 2017 has been left unchanged by OPEC at 1.27 million bpd.

This week’s EIA report surprised the market, as the it reported a much higher than expected stock draw of U.S. storage volumes than expected. On 10 May the EIA said U.S. inventories fell by 5.2 million barrels last week vs. the 1.8 million barrel decline analysts expected.

OPEC and major non-OPEC producers, such as Russia, should be bracing themselves for a continuation of the current production cut strategy for a pro-longed period of time, for sure into 2018. There has however been a major change in risks for both sides. U.S. Shales production increase has offset most of upward price pressure on prices due to OPEC productions.