The #FDA said in briefing documents ahead of Wednesday’s advisory panel on #Puma Biotechnology’s breast cancer drug, “In conclusion, the totality of evidence demonstrating the magnitude of activity of neratinib to treat HER2 positive breast cancer across multiple clinical settings, plus the strong neoadjuvant data, provides robust scientific and clinical rationale for proceeding into the adjuvant setting with neratinib.

An unmet medical need exists during the ‘extended adjuvant period’ or the time after standard of care adjuvant therapy with other anti-HER2 therapy has been completed. Patients who have completed their 1 year of trastuzumab adjuvant therapy have no options for further anti-HER2 treatment and enter into a “watch and wait” period. In the interest of being able to turn this time into a period of active anti-HER2 therapy with the intent to provide further improvement in iDFS, neratinib was studied as extended adjuvant therapy in a multicenter randomized, double blind placebo controlled Phase 3 Study 3004 (N=2840) which demonstrated clinically meaningful and statistically significant improvement in iDFS with a manageable safety profile consistent with other approved agents within the class of TKIs targeting EGFR and HER2.

The sponsor believes the totality of the data support approval of #neratinib 240 mg po qd for 1 year in the extended adjuvant setting in order to provide physicians and patients with a new strategic therapeutic option to reduce the rate of recurrence of HER2 positive breast cancer.”

See our earlier blog regarding this stock.

#Blackstone $BX to launch $40B infrastructure vehicle, new infrastructure business – Blackstone and the Public Investment Fund of Saudi Arabia announced the execution of a memorandum of understanding in relation to the launch of a new investment vehicle dedicated to infrastructure with an anchor $20B contribution by PIF. Blackstone anticipates that the program will have $40B in total equity commitments in a permanent capital vehicle, including $20B to be raised from other investors.

“The MOU is non-binding and the parties will continue their negotiation to agree definitive documentation… This collaboration between PIF and Blackstone is the culmination of a year’s discussions between the two institutions, which began in May 2016… 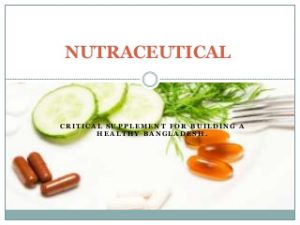 #Nutraceutical $NUTR and HGGC, a leading middle-market private equity firm, announced that they have entered into a definitive agreement under which Nutraceutical will be acquired by an affiliate of HGGC in a transaction valued at approximately $446M, including debt to be refinanced.
Under the terms of the agreement, Nutraceutical stockholders will receive $41.80 in cash (without interest) for each outstanding share of Nutraceutical common stock they own, which represents a 49% premium to the company’s closing stock price on May 19, the last full trading day before today’s announcement, and a 15.6% premium to the company’s all-time high closing stock price.
The agreement has been unanimously approved by Nutraceutical’s board of directors, acting on the recommendation of a special committee of independent and disinterested directors. The special committee negotiated the terms of the agreement with the assistance of its financial and legal advisors.
The Company will undertake a 60-day “go-shop” period, commencing immediately, during which the special committee, with the assistance of its financial and legal advisors, will actively solicit, evaluate and potentially enter into negotiations with parties who offer alternative proposals.
The transaction, which is expected to close in the second half of 2017, is subject to customary closing conditions, including Company stockholder approval and the expiration or termination of the waiting period under the Hart-Scott-Rodino Antitrust Improvements Act of 1976.
There are no financing conditions associated with the transaction. Bill Gay and Jeff Hinrichs, COO and Executive Vice President of the company, who own approximately 7.9% and 2.5% of the company’s outstanding common stock, respectively, have entered into customary voting agreements pursuant to which they have agreed to vote all of their shares in favor of the transaction.