The Organization of Petroleum Exporting Countries, #OPEC, ministers meeting in Vienna produced an agreement to maintain production reduction of 1.8 million barrels per day for another nine months. The so-called Vienne Group, which is OPEC nations plus allied oil producing nations, most notably Russia, made the announcement today.

Last week, Kuwaiti Oil Minister said the 9-month production cut was a done deal. He had said OPEC is committed to restore the balance of the oil market and is not ruling out any option for discussion at the upcoming meeting on Thursday, including considering deeper cuts.

From a #technical standpoint, the reversal in oil comes after its consecutive failed push (on a daily basis) to the $52.00/bbl level, which happened to be the 200-day moving average #MA on the chart (shown in brown). Crude oil made a 2017 high of $55.24 at the start of January, but selling in March pushed the commodity back below its 200-day MA, which happened to be the $52.00 level. Looking at the chart clearly shows the downward trendline resistance. The trendline comes from connecting the highs in January, April and May. Based on the chart, the commodity should see a rebound to the $50 level.

Prices are supported by production cuts from OPEC but have been kept in check by domestic productions. Rig counts in the U.S. have more than doubled in the past 12 months. Canadian rig counts are on the rise too. The Canadian Rig Count rose last week to 85 rigs from last year’s count of 44.

Today’s weakness in oil has weighed on the energy sector. The Energy Select Sector #SPDR #XLE is underperforming the broader averages. At the current price of $66.91, the ETF is down over 1.2%. At that price next support is at $66.16. Resistance is at $67.50. A continued underperformance could impair the broader rally in the S&P 500 (SPX).

Revenue for the quarter of $4.3B was down from $5.4B in the prior year quarter, but was better than the $4.05B consensus 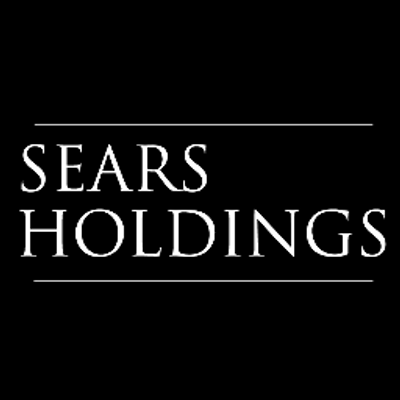 Shares of #Sears Holdings $SHLD are higher after the troubled department store posted a smaller than expected loss for the first quarter. While the company said it had a challenging quarter, it is committed to returning to “solid financial footing.”

EARNINGS: Sears this morning reported an adjusted loss per share of $2.15, better than the $3.05 loss analysts were expecting. Revenue for the quarter of $4.3B was down from $5.4B in the prior year quarter, but was better than the $4.05B consensus.

Sears Chairman and CEO Edward #Lampert said that while Q1 was “certainly a challenging quarter” for the company, “it was also one that clearly demonstrated our commitment to return Sears Holdings to solid financial footing.” Lampert said Sears is “moving decisively” with its $1.25B restructuring program.

COST-CUTTING EFFORTS: Sears said this morning that it has already actioned $700M in cost savings to-date from its strategic restructuring program through the closure of 150 non-profitable stores, as well as the closure of 92 under-performing pharmacy operations in certain Kmart stores and the closure of 50 Sears Auto Center locations.

Sears CFO Rob Riecker commented that the company “will continue to evaluate our options to deliver further improvements to our operational performance and balance sheet.” Earlier this week, Sears signed a deal to annuitize $515M of pension liability with MLIC, under which MLIC will pay future pension benefit payments to approximately 51,000 retirees. The company is targeting a reduction in its outstanding debt and pension obligations of $1.5B for fiscal 2017.

WHAT’S NOTABLE: Sears CEO Lampert accused the media earlier this month of “unfairly singling out” the company over the past decade, blaming “irresponsible” news for the company’s issues, Reuters reported, citing a presentation Lampert made at an annual shareholders’ meeting.

Sears, which had not reported a profit for six years, is in the midst of a turnaround strategy, but the retailer has warned it may not be able to continue as a going concern.

Sears, like many other mall-dependent retailers, has been impacted by the slowdown in general mall traffic as consumers turn to #Amazon $AMZN and other online retailers.

Lampert recently told the Chicago Tribune that he feels like “We’re ahead of J.C. Penney $JCP , we’re ahead of #Macy’s $M , we’re ahead of #Target $TGT , in some aspects of where the world is going.” He added that Sears is “fighting like hell to change the way people do business with us.”

Meanwhile, Barry Sternlicht, the Chairman & CEO of Starwood Capital Group and Chairman of Starwood Property Trust $STWD , told Bloomberg that Sears is usually the weakest performing store in the mall, adding that he’d like to see Sears in its malls “go away.”

OTHERS TO WATCH: Peers in the sector trading higher this morning include Macy’s, J.C. Penney and Kohl’s $KSS .

If you are a Sears Holdings stockholder, it is a good idea to sell into the strength and cut your losses.

Mark Light, CEO of #Signet Jewelers $SIG, said, “As anticipated, we had a very slow start to the year as continued headwinds in the overall retail environment were exacerbated by a slowdown in jewelry spending and company specific challenges. He added that we also made important changes to our organizational structure and strengthened our team to drive our 2020 Strategic Vision and deliver operational efficiencies.

He added “We believe today’s announcement regarding the first phase of the strategic outsourcing of our credit portfolio will unlock significant value as it drives EPS accretion and increases our capital efficiency, while enabling us to maintain the full spectrum of our competitive retail credit offering and net sales. Additionally, we will continue to pursue a fully-outsourced model that removes the remaining credit risk from our balance sheet through capital providers.”

The first phase, which is designed to substantially maintain the full spectrum of Signet’s retail financing options and net sales, is expected to be fully implemented by October 2017: Signet will sell $1B of its prime-only credit quality accounts receivable to #Alliance Data Systems Corporation $ADS at par value.

Additionally, under a seven-year agreement, Alliance Data will become the primary provider of credit funding, servicing and associated program functions to Signet’s Kay, Jared and Regional brands’ customers. Signet will retain the existing non-prime accounts receivable on its balance sheet and continue to originate new accounts, while outsourcing the credit servicing functions of those accounts to #Genesis Financial Solutions with an initial term of five years.

Signet will form a seven-year partnership with #Progressive Leasing, a subsidiary of #Aaron’s, Inc. (AAN), to provide a lease-purchase payment program to Signet customers who do not qualify for Signet’s credit programs, or do not wish to pursue a credit option to access Signet’s merchandise.

Following the successful implementation of the first phase, which is expected to occur by October 2017, Signet will have completed the sale of approximately 55% of its credit portfolio to Alliance Data, and established long-term third party relationships to service its full credit programs. As part of the second phase, Signet intends to fully outsource its secondary credit programs, including the sale of the remaining receivables on its balance sheet, as well as funding for new non-prime account originations.

In Thursday’s trading, SIG is lower while ADS and AAN are marginally higher. 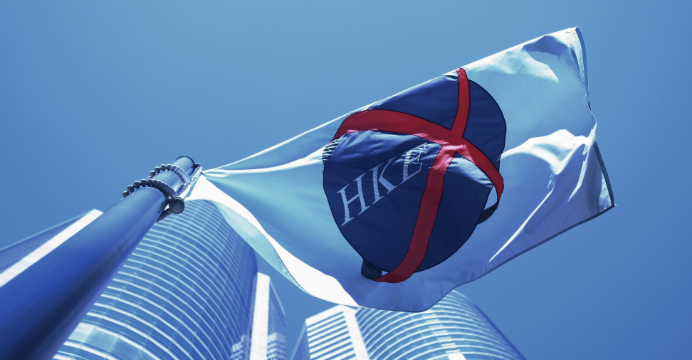 #Moody’s Investors Service has downgraded Hong Kong’s local currency and foreign currency issuer ratings to Aa2 from Aa1 and changed the outlook to stable from negative.

The announcement follows Moody’s downgrade of China’s rating to A1 from Aa3 and change in the outlook to stable from negative.

The downgrade in Hong Kong’s rating reflects Moody’s view that credit trends in China will continue to have a significant impact on Hong Kong’s credit profile due to close and tightening economic, financial and political linkages with the mainland.

The economic and financial linkages between Hong Kong and China are close and broad-based. Combined with political linkages, this means that any erosion in China’s credit profile, such as that reflected in the 24 May downgrade of China’s rating to A1 with a stable outlook, will ultimately affect Hong Kong’s credit profile and will be reflected in the Special Administrative Region’s rating.