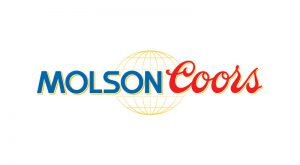 At its investor day on Wednesday, the brewer said its underlying marketing, general and administrative spending will increase this year and CapEx will remain at elevated levels for 2018.

As a result of these expenses, the brewer said it sees underlying EBITDA margins rising 50-60 bps per year for next three years.

Separately, Molson Coors Brewing said it bought the remainder of the MillersCoors joint venture it didn’t own two years ago, making it the third largest beer maker.

Molson Coors’ shares declined sharply during the presentation and ended the day down over 6%. Shares are falling further today.

For the U.S. market, “2017 is shaping up to be the worst year for beer volumes since 2009, when total industry volumes were down 2%,” said Bernstein analyst Trevor #Stirling, according to a Financial Times.

Last month, the U.S. trade association for larger brewers, said that for the three months from February to April, beer volumes fell 5%, according to the FT report.

Speaking at the Deutsche Bank Global Industrials and Materials Conference Presentation on Wednesday, Jan #Bertisch, the CFO of the world’s largest maker of glass bottles, Owens-Illinois, said the company is trying to build out its non-beer segments to compensate for the continued weakness in beer.

Can and bottle makers Owens-Illinois (OI), Crown Holdings (CCK), and Ball Corp. (BLL) are all down in afternoon trading, missing out on a broad market rally.

Large beer makers are also missing out on the rally, with Molson Coors down again, along with Anheuser Busch Inbev (BUD), and Boston Beer Company (SAM).