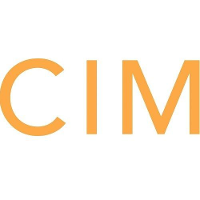 #CIM Commercial Trust Corporation $CMCT announced that it has repurchased in a privately negotiated transaction 26,181,818 shares of its common stock from a fund managed by an affiliate of CIM Group, the manager of CMCT.

In order for all common shareholders to participate in the economic benefit of the share repurchase in an equitable manner, CMCT’s Board of Directors has declared a special cash dividend of $1.98 per common share.

In conjunction with the share repurchase and declaration of the $1.98 per share special cash dividend, CMCT has adjusted its recurring quarterly common dividend to conform with the dividend program of its public REIT peers, which we believe have distributed 40% to 50% of funds from operations and 2.0% to 2.5% of consensus net asset value estimates on an annual basis.

Accordingly, the Board today declared a quarterly cash dividend of $0.125 per common share, representing approximately 45% of 2017 Q1 FFO and, on an annualized basis, 2.1% of net asset value.