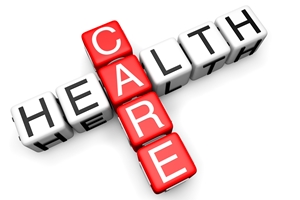 Shares of hospital and health insurance stocks are rising this afternoon after Senate Republicans released a draft of their Affordable Care Act replacement bill.

The draft includes cuts to #Medicaid and restructures the program from an open-ended government funding commitment to a limited federal payments system.

The bill also repeals billions of tax dollars used to expand coverage and abolishes the ACA’s mandates to purchase coverage.

Under the draft, federal funding for Medicaid will be phased out from 2020 to 2024 and additional cuts would begin in 2025, as the cap on Medicaid payments begins to grow at a slower rate.

While the bill retains some of the ACA’s tax credit structure, which assists citizens in buying private coverage, senators have reshaped the credits so they are less generous and less costly to the government. The bill is expected to be voted on next week.