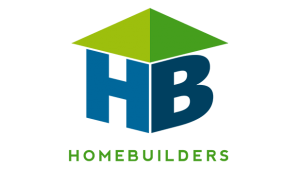 Bank of America Merrill Lynch increased its estimates for single-family housing starts and new home sales in 2018 and 2019.

As a result, the firm raised its estimates and price targets for multiple homebuilders while calling out D.R. Horton (DHI) and PulteGroup (PHM) as its favorite names in the sector.

Homebuilders have said that demand has accelerated over the past six months, partly due to increased consumer confidence, an improved labor market, and the “return of the first-time home buyer,” according to Lovallo. Supply constraints should weaken “over the next few years” because builders are more confident and consequently more willing to build further from city centers, the analyst stated. Additionally, there are signs that the sector’s labor shortage is beginning to ease, while the potential reform of banking regulations could stimulate lending, Lovallo wrote. Finally, the analyst believes that “easing land entitlement burdens could reduce builder cost and increase available lot supply.”

D.R. Horton could be a “primary beneficiary” of labor market easing, given its “high volume and even-flow production strategy,” Lovallo wrote. Additionally, its consistent execution and solid exposure to entry-level buyers are positive, the analyst stated. Pulte’s valuation is below the average of large homebuilders, while its “solid return on equity and balanced capital” are positive, the analyst stated. Pulte’s orders could accelerate next year as it increases the number of communities that it builds, the analyst added.