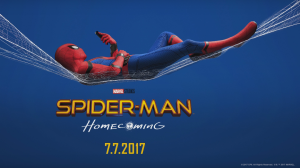 Sony’s (SNE) second reboot of the Marvel superhero series “Spider-Man: Homecoming” led the North American box office in its weekend debut, with an estimated $117M in sales in the U.S. and Canada, according to ComScore. The film was part of a production deal with Walt Disney’s (DIS) Marvel unit and marked Sony’s first number 1 opening this year. Overseas, “Spider Man: Homecoming” took in $140M from 56 markets. The superhero reboot holds a critics rating of 93% on Rotten Tomatoes and received an A in audience polls from #CinemaScore.

Rounding out the top five, Viacom’s (VIAB; VIA) Paramount Pictures “Transformers: The Last Knight” ended its third weekend with $6.3M for a lackluster North American total of $118.9M.

Barron’s, the weekly publication owned by the Wall Street Journal, in its latest issue is bullish on several names. They include:

Autodesk, Alexion could have upside, Barron’s says – Elevated sales, marketing and staffing expenses could mean a company’s stock has upside, Jack Hough writes in this week’s edition of Barron’s, citing a paper published in The Review of Financial Studies that links high SG&A with future stock returns. Among the companies that look attractive on this basis that “you have to spend money to make money” are Autodesk (ADSK), Alexion (ALXN), Electronic Arts (EA) and Silicon Laboratories (SLAB), the publication argues.

Apache stock could double, Barron’s says – Apache’s (APA) stock could double after years of missteps, given its new gas discoveries and focus on costs, Leslie Norton writes in this week’s edition of Barron’s. Both Harris Associates and Davis Funds increased their stakes in the first quarter on the expectation that the shares of the driller could double from a recent $45, Barron’s adds.

Steel prices likely stable in the near-term, Barron’s says – China’s economic slowdown, a strong dollar and a U.S. bid to halt imports are likely to stabilize steel’s price in the near-term, Manuela Badawy writes in this week’s edition of Barron’s. After hitting multiyear lows back in late 2015, prices for the industrial metal rose some 45% in the past 18 months, the publication notes. Publicly traded companies in the space include U.S. Steel (X), Steel Dynamics (STLD), Nucor (NUE), ArcelorMittal (MT), and AK Steel Holding (AKS).

ClubCorp to be acquired by Apollo for $17.12 per share

ClubCorp (MYCC) announced that it has entered into a definitive agreement with affiliates of certain investment funds managed by affiliates of Apollo Global (APO), pursuant to which the Apollo funds will acquire all of the outstanding shares of ClubCorp for $17.12 per share in cash, or approximately $1.1B.

The all-cash transaction represents a premium of approximately 30.7% over ClubCorp’s closing stock price on July 7, 2017.

The ClubCorp Board of Directors, acting with the recommendation of its Strategic Review Committee, unanimously approved the agreement with the Apollo funds.

The transaction is subject to customary closing conditions, including approval by ClubCorp shareholders, and is expected to close in the fourth quarter of this year.

The ClubCorp Board of Directors has declared a one-time quarterly dividend of 13c per share of common stock. The dividend is expected to be paid on July 28, 2017, to shareholders of record at the close of business on July 21, 2017.

Upon completion of the transaction, ClubCorp will be a privately held company, and ClubCorp’s common shares will no longer be listed on the New York Stock Exchange.