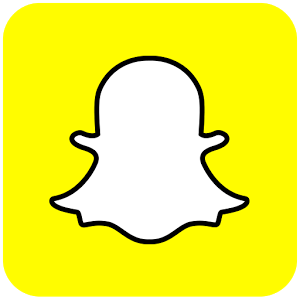 Shares of Snap Inc. (SNAP) are slipping after Morgan Stanley analyst Brian Nowak downgraded the stock to Equal Weight from Overweight saying that its ad product is not evolving as quickly as expected, while Facebook’s (FB) Instagram competition is increasing.

Meanwhile, his peer at Aegis argued that he now sees weaker June usage trends for Snapchat.

MOVE TO THE SIDELINES

In a research note to investors this morning, Morgan Stanley’s Nowak downgraded Snapchat’s parent Snap to Equal Weight from Overweight as he now sees its ad revenue growth being materially slower than he previously expected. The analyst acknowledged that he has been wrong about Snap’s ability to innovate and improve its ad product this year and user monetization as it works to move beyond “experimental” ad budgets into larger branded and direct response ad allocations.

Further, #Nowak also pointed out that he believes user growth trends have been modestly weaker than expected, though time spent per user has been strong.

Additionally, the analyst argued that the company faces rising competition from Instagram, which has become more aggressive in competing with Snap’s ad dollars. Citing industry conversations, Nowak noted that Instagram is giving advertisers sponsored lenses for free. The analyst also lowered his price target on Snap’s shares to $16 from $28.

In a research note of his own, Aegis analyst Victor Anthony said Snap’s Daily Average User, or DAU, growth had decelerated more meaningfully than he had seen earlier in the month, according to his tracker. The analyst pointed out that he now sees weaker June usage trends and believes that Spectacles are not selling well, both of which are likely to exert downward pressure on estimates. While Anthony wonders if the hype around Spectacles has faded and could go the way of Google’s (GOOG; GOOGL) Glasses, the analyst said he understands that recent product updates are resonating with users, particularly, the Maps and World Lenses features, and that could help with engagement in the third quarter and beyond. He reiterated a Hold rating and $19 price target on Snap’s shares.

Shares of Snap ended yesterday’s trading day just below $17, which is where the company priced its initial public offering back in March. Snap Inc. opened trading at $24 per share on March 2, well above its pricing of $17 per share, and finished its first day of trading with an advance of about 44%, closing at $24.51.

In Tuesday morning trading, shares of Snapchat’s (SNAP) parent have dropped about 6% to $16.01 on heavy volume of 15 million shares.