Berkshire may invest more than $10B into the transaction with Sprint 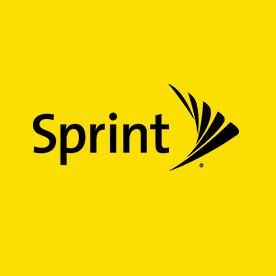 Talks are at an early stage, but one possibility would see Berkshire put more than $10B into a transaction with Sprint, the sources added to the Journal.

Son met Buffett and Malone, the chairman of Liberty Interactive Corp, separately this week at an annual gathering of CEOs in Sun Valley, Idaho, the Journal reported.

Rumors of a Sprint sale have been circulating the market for the past few month. T-Mobile (TMUS) has often being mentioned a suitor along with some cable companies.

Sees FY17 effective tax rate about 29%. Expects efficiency initiatives will reduce expenses by $2B annually by year-end 2018 and that those savings will support investments in the business.

Plans to close ~450 branches in 2017-2018 to eliminate overlap and improve performance of the network; says 93 branches closed YTD 2017 through June.

Anticipates $130M in 2017 savings from gains on building dispositions and workforce optimization with an additional $20M in 2018.

Expects an additional $2B in annual expense reductions by the end of 2019; these savings are projected to go to the “bottom line.”

Expects to increase Q3 dividend to 39c per share from 38c per share, subject to board approval. 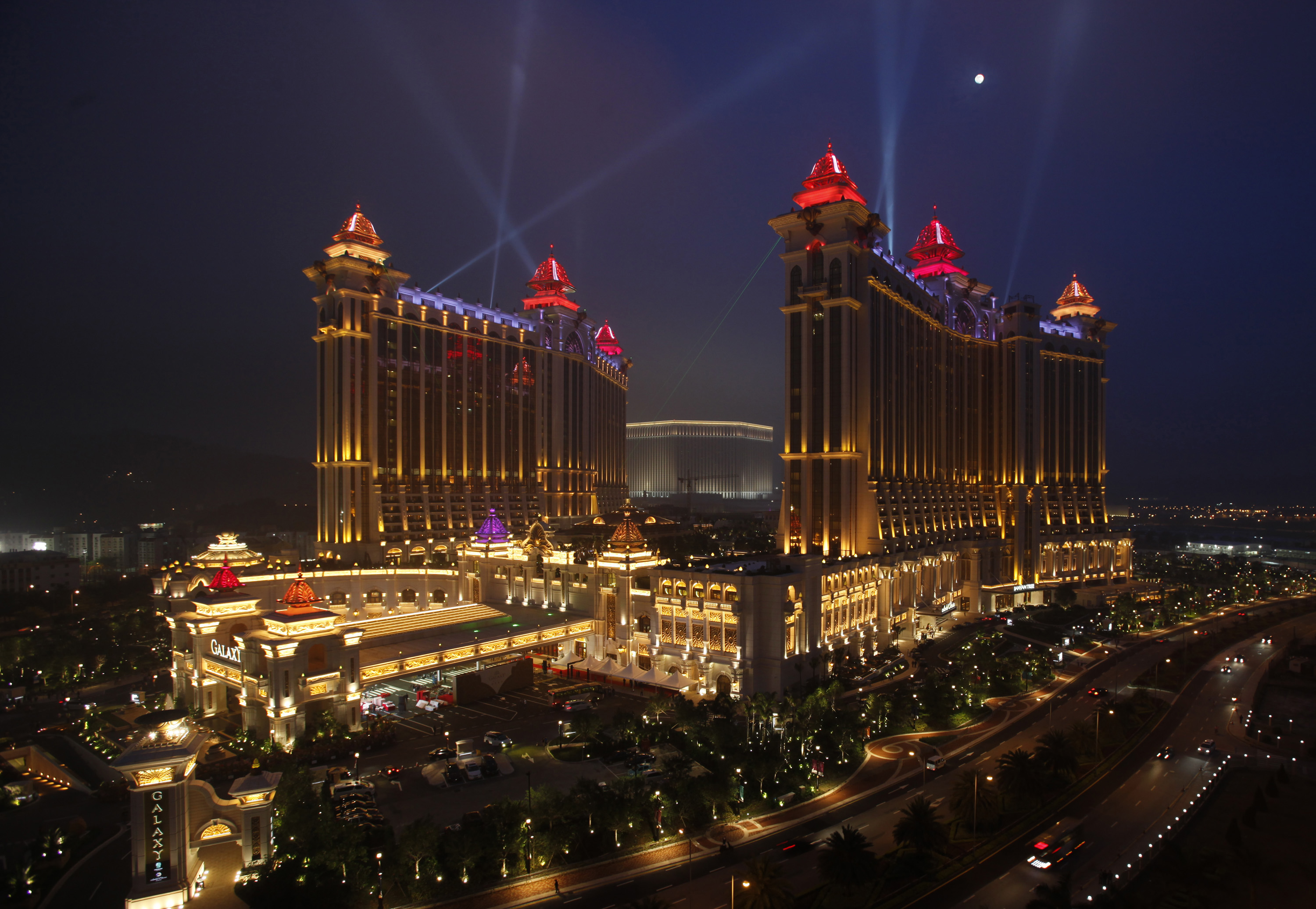 Shares of several Macau gaming stocks are lower after #Daiwa analyst Jamie Soo told investors that his checks uncovered that a memo was distributed to customers and key staff by “one of Macau’s largest” #junket operators warning of recently heightened enforcement of anti-money laundering initiatives in both China and #Macau.

The junket operator advised its customers to withdraw funds out of “underground” bank accounts, which is the first time such a dissemination has occurred to Soo’s knowledge, he informed clients.

The expected further heightening of enforcement continues to be reaffirmed given this news and other events over the past six months, added #Soo, who said he remains Neutral on the Macau gaming sector.

Democratic House Representative David Cicilline of Rhode Island wrote a letter to the Republican leaders of the House Subcommittee on Regulatory Reform, Commercial and Antitrust Law, requested that the committee hold an oversight hearing on Amazon’s (AMZN) proposed takeover of Whole Foods (WFM).

#Cicilline said in the letter that he has heard concerns that the merger may discourage innovation and entrance into emerging markets, such as grocery and food delivery.

The Rep added that some have raised concerns that the deal will also increase Amazon’s online dominance, enabling it to “prioritize its products and services over competitors.”

“Without taking a position on the legality of the transaction under the antitrust laws, Amazon’s proposed acquisition of Whole Foods raised important questions concerning competition policy, such as how the transaction will affect the future of retail grocery stores, whether platform dominance impedes innovation, and if the antitrust laws are working effectively to ensure economic opportunity, choice, and low prices for American families,” Cicilline said in the letter.

Note that United Natural Foods (UNFI) is headquartered in the Congressman’s district. United Natural Foods, Inc. distributes and retails natural, organic, and specialty foods and non-food products in the United States and Canada. The company operates through three divisions: Wholesale, Retail, and Manufacturing and Branded Products.

Dominion Diamond in advanced talks to be bought by Washington Cos.

Washington Companies is in advanced negotiations to purchase Dominion Diamond after it raised its prior unsolicited cash offer of $13.50 per share and a deal could be announced within weeks, the New York Times reports.

Dominion Diamond Corporation engages in the mining and marketing of rough diamonds. It operates through Diavik Diamond Mine and Ekati Diamond Mine segments.

It is unclear how much Washington increased its proposal for Dominion, which previously rejected Washington’s initial bid, saying it undervalued the company.

Trade in Dominion shares on the Toronto Stock Exchange was halted pending news. The stock had gained as much as 4.74 percent following Reuters’ report on the talks. DDC last traded at $13.46, up 70 cents.

Oil Should Rise on the News 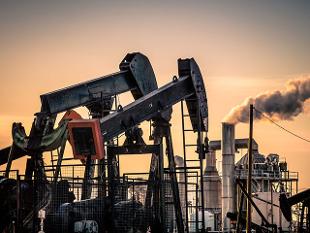 The U.S. Offshore Rig Count is unchanged from last week at 21 and down 1 rig year over year.

Note that Baker-Hughes was recently purchased GE. Also note that stock symbol has changed to BHGE.

The shares of Nutanix (NTNX) are rallying after Goldman Sachs added the stock to its Conviction List and called the company a potential takeover target.

The firm added that the company is “a once-in-a-decade tech infrastructure story,” while its results are poised to beat consensus estimates in “coming quarters.”

Calling hyperconvergence “the biggest trend in IT since public cloud,” Goldman analyst Simona Jankowski estimated that Nutanix has a roughly 30% share of the $2B hyperconvergence market, which she predicted would grow to $20B in a decade.

Hyper-convergence (hyperconvergence) is a type of infrastructure system with a software-centric architecture that tightly integrates compute, storage, networking and virtualization resources and other technologies from scratch in a commodity hardware box supported by a single vendor.

Meanwhile the stock’s 30% drop so far this year and the lack of similar companies makes a takeover of Nutanix “increasingly likely,” the analyst stated.

Later this year, Nutanix’s switch to new accounting rules that will allow it to recognize software revenue up front should significantly boost its results, Jankowski believes.

Goldman’s checks indicate that adoption trends for hyperconverged infrastructure in general and Nutanix specifically have been strong, according to the analyst.

A number of Nutanix’s advantages over its competitors should enable it to retain its market share over the longer term even as competition in its category heats up, Jankowski stated.

Specifically, while the hypercoverged solutions of Cisco (CSCO) and HP Enterprise (HPE) can only work on their servers, Nutanix’s products can work on a number of third party servers, the analyst noted. Additionally, Nutanix’s system works with several hypervisors, including its own, free hypervisor, enabling users to avoid paying for VMware’s (VMW) product, thereby saving them as much as 30%, according to Jankowski.

The analyst set a $31 price target on the stock, but she believes that the shares can rise more than 50% above her target. 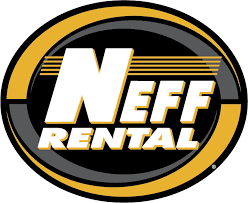 Under the terms of the agreement, which has been unanimously approved by the boards of directors of both companies, H&E will pay $21.07 in cash per share of Neff common stock, for a total enterprise value of approximately $1.2 billion, including approximately $690 million of net debt.

The per share merger consideration payable to Neff stockholders is subject to certain downward adjustments, not to exceed $0.44 per share, in the event that H&E incurs certain increased financing costs due to the transaction not being consummated on or prior to January 14, 2018.

The transaction is expected to close in the late third quarter or early fourth quarter of 2017, and is subject to customary closing conditions including Hart-Scott-Rodino Act clearance.

Oaktree will pay $320M in cash to Fifth Street Management upon the close of the transaction. The parties expect the transaction to be completed in Q4.

Oaktree portfolio manager Edgar Lee is expected to serve as CEO of both BDCs, which together have approximately $2.5B of assets under management across first lien, second lien, uni-tranche and mezzanine credits.

Following the closing of the transaction, Oaktree will replace FSM as the investment adviser to the BDCs, and an Oaktree affiliate will become their administrator.

The incentive fee for FSFR will also be reduced from 20.0% to 17.5% with respect to both income and capital gains. The current FSFR management fee rate of 1.0% will remain unchanged. OCG expects the transaction to be immediately accretive to its adjusted net income. The new advisory agreements are subject to approval by the stockholders of FSC and FSFR.

The FSC and FSFR boards of directors unanimously recommended that the stockholders of each BDC vote in favor of the new investment advisory agreement with Oaktree and related corporate governance matters, including the election of new directors.

Each BDC board has nominated Marc H. Gamsin, Craig Jacobson, Richard G. Ruben and Bruce Zimmerman as new independent directors and John Frank, Vice Chairman of Oaktree, as a new interested director of the board, each of whom would take office upon approval of the stockholders and the closing of the transaction.

Mr. Frank is expected to serve as Chairman of each BDC board. The executive officers of FSC and FSFR will resign and will be replaced with individuals affiliated with Oaktree at the closing of the transaction.