Shares of Health Insurance Innovations (HIIQ) have slid over the last two sessions after several media outlets reported that President Trump’s administration is cutting spending on advertising and promotion for enrollment under the Affordable Care Act.

Health Insurance Innovations, Inc. operates as a developer, distributor, and administrator of cloud-based individual health and family insurance plans, and supplemental products in the United States. The company offers short-term medical plans that cover individuals for up to 364 days with various deductible and copay levels; hospital indemnity plans, which provide daily cash benefit for hospital treatment and doctor office visits, as well as accidental injury and death or dismemberment benefits

The New York Times said earlier this week that the Trump administration wanted to stabilize health insurance markets, but refused to say if the government would promote enrollment under the ACA.

The New York Times reported yesterday that officials at the Department of Health and Human Services told reporters on a conference call that the advertising budget for the open enrollment period for ACA that begins in November would be slashed to $10M, a 90% drop from the $100M spent by the Obama administration a year ago.

In addition, grants to roughly 100 nonprofit groups that help people enroll in health plans offered by the insurance marketplaces will be reduced to $36M from roughly $63M, the report said. The HHS officials told the Times that the administration felt that the cuts were necessary due to “diminishing returns” from advertising, noting that the number of first-time enrollees in ACA coverage fell by 42% this year, compared with 2016.

According to Talking Points Memo, HHS Press Secretary Caitlin Oakley said in a statement in defense of the cuts, “Judging effectiveness by the amount of money spent and not the results achieved is irresponsible and unhelpful to the American people. Under the Trump Administration, we’re committed to more responsible, effective government.”

Canaccord analyst Richard Close attributes the sharp dip in Health Insurance Innovations to all this news, saying he views a less stabilized ACA market as being positive for the stock, noting that people would increasingly look for lower-cost alternatives in a market with higher premium rates and fewer options.

The analyst added that, with less advertising and funding to promote ACA, it is possible that fewer people would seek insurance, thus fewer people will seek lower-cost alternatives, which would be a negative for Health Insurance Innovations.

On the other hand, #Close said he sees this action by the administration as a potential positive for the company, since less advertising also implies a potentially lower cost per lead/conversion and he still expects solid demand for its offerings. The analyst maintained a Buy rating and a $39 price target on the shares.

In Friday afternoon’s trading, Health Insurance Innovations (HIIQ) is down 10% to $30.25. Over the last two days, the stock has declined about 17%. 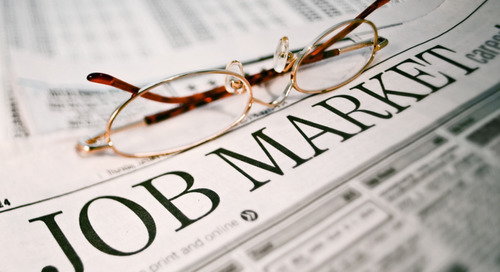 Indeed, implied rates have slipped to about a 25% risk for 25 bp increase, from 30% previously, and it had been hovering in the 33% range for much of August.

Note that September employment data is notoriously volatile, though with the broad-based nature of sluggishness in the report, it could take some time to recover the lost momentum.

Analysts are still bullish on growth into year-end, especially with the amount of rebuilding that will be needed in the aftermath of Hurricane Harvey (and with Hurricane Irma on the horizon).

However, it’s not clear there will be enough time between now and the December 13 FOMC decision to get the Committee on board for a tightening, especially if inflation remains tame.

Analysts saw a 74k civilian job drop despite a 77k labor force increase that boosted the jobless rate to 4.44%, while the participation rate remained at 62.9%. Hurricane Harvey occurred after the BLS survey week and had no August payroll impact.

The disruptive effect of the hurricane may be fully offset by a rebuilding effect before the BLS survey week ending September 16, which lies a full three weeks from when the storm first struck.

Hurricane Harvey could be the costliest natural disaster in U.S. history with a potential price tag of $190 billion, according to a preliminary estimate from private weather firm AccuWeather.

This is equal to the combined cost of Hurricanes Katrina and Sandy, and represents a 1% economic hit to the gross national product, AccuWeather said. This is equal to a 25 bp rate hike by the Feds according to some estimates while others see that more like a 50 bp rate hike.