Health insurer Centene (CNC) is advancing on Wednesday after the Medicaid coverage provider announced Tuesday night a “highly accretive” acquisition of Fidelis Care for $3.75B.

As other healthcare insurers like Aetna (AET) and UnitedHealth (UNH) step back from the Affordable Care Act’s challenged insurance exchanges, Centene, which specializes in the state and federal Medicaid programs for less advantaged and underserved, continues to execute on the ACA’s public insurance exchange, even as President Trump warns of the imminent collapse of the ACA and its exchanges. As of June 30, the company almost doubled the number of its clients in plans purchases on ACA exchanges to 1.1M compared to 617,000 at the same time period in 2016.

EXPANDS TO NY WITH FIDELIS

Fidelis Care is a not-for-profit corporation that is a diversified leader in government programs, serving over 1.6M members as of June 30.

“We believe our over 30 years of experience, our local approach to the provision of healthcare, and our expertise and capabilities in caring for underserved populations will support the next generation of leadership in government programs in New York State,” said Michael F. Neidorff, Chairman, President and CEO of Centene.

With the Fidelis acquisition, Centene expects to generate 2018 pro-forma total revenues of over $60B assuming a January 1, 2018 closing date.

The transaction is expected to generate immediate accretion to year one GAAP earnings per share, high single-digit and low- to mid-teens percentage accretion to adjusted earnings per share in year one and year two, respectively. Centene expects to achieve $25M of pre-tax net synergies in year one and $100M run-rate synergies beginning in Year two. Synergies will come from areas primarily attributable to reduced medical costs through the use of Centene’s systems and medical management, said the company in a statement.

On the heels of the announcement, #Leerink analyst Ana #Gupte raised her price target for Centene to $90 from $78 as she is positive on it after the announcement. The analyst reiterated a Market Perform rating on the shares.

Fidelis Care is a strong fit, both culturally and in terms of business mix, for Centene, said Morgan Stanley analyst Zack #Sopcak, calling the acquisition a deal “in Centene’s wheelhouse.” 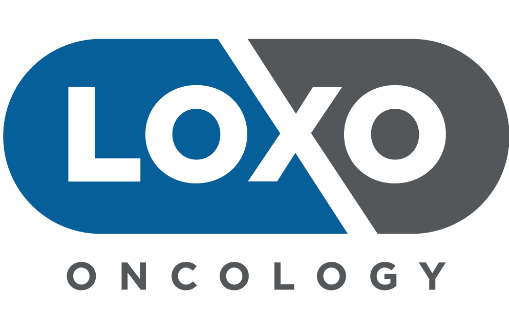 Loxo Oncology (LOXO) announced earlier that its investigators will present initial clinical data for LOXO-292 at the International Association for the Study of Lung Cancer, or IASLC, World Conference on Lung Cancer to be held October 15-18.

The oral presentation will include case reports for two patients with RET fusion lung cancer, previously treated with multikinase inhibitors, who received LOXO-292, Loxo Oncology’s highly selective RET inhibitor in clinical development for the treatment of patients with cancers that harbor abnormalities in the rearranged during transfection kinase.

In June 2017, Loxo Oncology said it will seek US Food and Drug Administration approval for larotrectinib as a treatment for patients with TRK fusion-positive tumors after three-quarters of participants in a combined analysis responded to the drug.  TRK fusions occur in between 1,500 and 5,000 cancer patients per year, comprising 1 to 3 percent of cancer cases.

Loxo has been in discussions with the FDA about the larotrectinib program for the past year and a half, and expects to submit the NDA later this year or early next year, with the potential for an FDA decision by mid-2018. As the only selective pan-TRK inhibitor currently in clinical development, larotrectinib could “potentially be the first novel targeted therapy that’s developed and eventually used in a tumor-agnostic manner,” said LOXO CEO in June.

LOXO-292 is a potent, oral and selective investigational new drug in clinical development for the treatment of patients with cancers that harbor abnormalities in the rearranged during transfection (RET) kinase. RET fusions have been identified in approximately 2% of non-small cell lung cancer, 10-20% of papillary thyroid cancer, and a subset of colon and other cancers. RET point mutations account for approximately 60% of medullary thyroid cancer.

Both RET fusion and select RET mutated cancers are primarily dependent on this single activated kinase for their proliferation and survival. This dependency, often referred to as “oncogene addiction,” renders such tumors highly susceptible to small molecule inhibitors targeting RET. LOXO-292 was designed to inhibit native RET signaling as well as anticipated acquired resistance mechanisms that could otherwise limit the activity of this therapeutic approach. LOXO-292 is currently being studied in a Phase 1 trial. 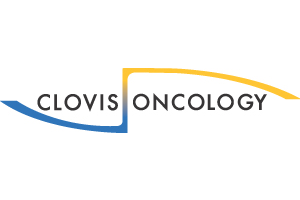 Clovis Oncology (CLVS) announced that comprehensive data from the Phase 3 ARIEL3 study of rucaparib for maintenance treatment of advanced ovarian cancer were published online in The Lancet.

The ARIEL3 study successfully achieved its primary and key secondary endpoints – improved progression-free survival by both investigator review and blinded independent central review, respectively – in each of the three populations studied, as well as its exploratory endpoints.

The study achieved its primary endpoint of improved PFS by investigator review in each of three populations.

PFS was also improved in the rucaparib group compared with placebo by BICR, a key secondary endpoint, in all three populations.

According to the paper, treatment emergent adverse events in the ARIEL3 rucaparib group were generally managed with dose modifications and not associated with increased mortality or morbidity compared with the placebo group. Safety data from ARIEL3 demonstrate consistency with prior rucaparib studies.

Based on the ARIEL3 findings, Clovis Oncology plans to submit a supplemental New Drug Application to the U.S. FDA for a second line or later maintenance treatment indication in ovarian cancer by the end of October 2017.