Shares of Dexcom (DXCM) are sliding after Abbott Laboratories (ABT) announced that the Food and Drug Administration has approved its FreeStyle Libre Glucose Monitoring System.

Several analysts commented on the news this morning, with JPMorgan, Raymond James and Northland downgrading Dexcom to Neutral-equivalent ratings.

Last night, Abbott announced that the FDA has approved the FreeStyle Libre Flash Glucose Monitoring System as a replacement for blood glucose monitoring for adults with diabetes in the U.S.

This new glucose sensing technology eliminates the need for routine finger sticks and is the only personal continuous glucose monitor that does not require finger stick calibration, the company stated. The FreeStyle Libre reads glucose levels through a sensor that is worn on the back of the upper arm for up to 10 days, making it the “longest lasting personal glucose sensor available in the U.S.,” the company added.

Following the announcement, #Barclays analyst Matthew Taylor told investors that the FDA approval came a bit earlier than consensus expectations with a significantly better than expected label as it allows for dosing or a replacement claim.

The analyst noted that he believes Abbott’s entry into the U.S. market with this label could be disruptive. Further, Taylor argued that Libre could be both market expanding for glucose monitoring devices and take share from other players, including Dexcom. The analyst reiterated an Overweight rating on Abbott’s shares and raised his price target on the stock to $60 from $57.

Meanwhile, his peer at JPMorgan downgraded Dexcom to Neutral from Overweight, pointing out that Libre’s label came in better than expected, Abbott’s pricing strategy is even more aggressive than thought, and an aggressive Abbott commercial strategy with the five largest pharmacies is already lined up for distribution starting in December.

While not “game over” for Dexcom’s CGM, the approval introduces low priced competition into the MDI segment of the population where the company was previously the sole competitor, analyst Michael #Weinstein contended. He lowered his price target on Dexcom’s shares to $71 from $93.

His peer at Raymond James also downgraded Dexcom to Market Perform from Outperform, citing increased competitive concerns. Analyst Jayson #Bedford noted that Abbott’s approval was expected, but the broader label was not. Bedford expects #Libre to receive Medicare reimbursement and for Abbott to be more aggressive on pricing, impacting DexCom’s growth outlook.

Additionally, Northland analyst Suraj #Kalia downgraded Dexcom to Market Perform and lowered his price target on the stock to $60 from $85. Like his peer, the analyst sees Libre’s concomitant non adjunctive to fingersticks label as a surprise that removes a key competitive advantage for Dexcom.

Also commenting on the news, William Blair analyst Margaret #Kaczor argued that while she did not think Abbott’s Libre would receive a dosing claim given the product’s “inferior accuracy,” it still lacks Dexcom’s alerts and alarms that proactively protect the patient from glycemic excursions.

Libre’s dosing may shift the competitive dynamic “modestly in Abbott’s favor versus Street expectations,” but more importantly, its approval should be market expansive as it creates a new type of glucose monitoring category in the U.S., Kaczor contended. The analyst believes Dexcom will retain a “material technological and brand advantage.”

In a research note this morning, #Bernstein analyst Lance #Wilkes told investors that he expects Amazon (AMZN) to enter the retail pharmacy industry, which leaves him increasingly concerned it will negatively impact Pharmacy Benefit Manager, or PBM, earnings levers.

Amazon will enter the retail pharmacy industry, especially because it is a large and disruptable market, Bernstein’s Wilkes told investors, adding that he believes Amazon is well positioned to address/impact the major customer issues in this market.

Wilkes sees the retail pharmacy sector as a $300B market with potential margins in the high single digits, and believes the barriers to online/mail adoption have been poor user interface and insufficient cost savings to motivate consumers to switch to online/mail.

Amazon can disrupt retail pharmacy given the operating expense efficiencies of a centralized online model, he argued, while noting that the major advantages come from eliminating 70,000 retail locations, which could be replaced by automated distribution centers with efficient pharmacist oversight.

Further, the analyst pointed out that Amazon could further lower prices if it is willing to sacrifice margin to gain scale. In terms of strategic options, Wilkes argued that the e-commerce giant could either partner with large PBMs, such as UnitedHealth’s (UNH) OptumRx or Cigna (CI), or disrupt both the PBM and retail pharmacy model through buying a smaller transparent PBM or creating a carve-out online option for MCOs and employers.

Additionally, Wilkes noted that the innovation of utilizing Amazon would be consistent with UnitedHealth’s innovative approaches in other consumer engagement areas.

Commenting on the specialty pharmaceuticals sector, Morgan Stanley analyst David #Risinger told investors in a research note of his own that after thinking through Perrigo’s (PRGO) opportunity to grow with Amazon, he does not expect much of an incremental sales opportunity.

Amazon currently sells Perrigo’s GoodSense low-cost brand and Risinger sees it as possible that Amazon eventually develops its own brand and sources private label products from Perrigo and others, which would also likely cannibalize GoodSense.

The analyst reiterated an Equal Weight rating on Perrigo’s shares.

Exa Corp. to be acquired by Dassault Systemes for $24.25 per share 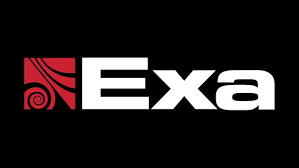 Exa Corporation (EXA) announced that its board has unanimously agreed to be acquired by Dassault Systemes in a transaction valued at approximately $400M or $24.25 per share.

Under the terms of the merger agreement, a subsidiary of Dassault Systemes will commence a tender offer within the next 10 business days to acquire all of the issued and outstanding shares of Exa common stock for a price of $24.25 per share payable in cash upon completion of the offer.

This represents a fully diluted equity value for Exa of approximately $400M. The acquisition is expected to close in Q4.

Simulation of fluid flow, such as the cooling of an engine or the lift of a wing, is a necessary component of simulating the physical behavior of products, nature and life. For the many situations where fluid flow conditions change rapidly, simulation of dynamically variable flows is critical to accurate assessments of a product and its behavior in its environment. For these applications, the combination of Exa’s accuracy and timeliness provides results that are superior to those of alternative CFD methods.

Spectrum Pharmaceuticals (SPPI) announced the release of an abstract from a clinical study evaluating poziotinib in EGFR Exon 20 Mutant Non-Small Cell Lung Cancer by scientists from The University of Texas MD Anderson Cancer Center, the sponsor of the trial.

This abstract contains limited data as of the submission deadline of June 21, 2017.

Additional data from their clinical experience and the ongoing Phase 2 study will be released in an oral presentation at the 18th International Association for the Study of Lung Cancer World Conference on Lung Cancer in Yokohama, Japan, October 15-18, 2017.

“Approximately 10% of EGFR mutant NSCLCs have an insertion/mutation in exon 20 of EGFR resulting in primary resistance to currently available tyrosine kinase inhibitors.

We previously reported that the structural features of poziotinib could potentially enable it to circumvent the steric hindrance induced by exon 20 mutations.

To date, 8 platinum-refractory patients with EGFR exon 20 insertion mutation metastatic NSCLC have been enrolled in the clinical trial and treated with poziotinib at a dose of 16 mg PO daily.

Two patients have reached the first interval-imaging time point. Both patients exhibited dramatic partial response, with one patient reporting improvement in dyspnea and cough at one week of therapy. In this early stage of the study, one case of grade 3 paronchycia was observed.

One additional platinum- and erlotinib-refractory patient with EGFR exon 20 insertion was treated with poziotinib on compassionate basis. The patient achieved partial response after three weeks of treatment.

Updated data from the ongoing phase 2 clinical trial of poziotinib will be presented at the meeting.”