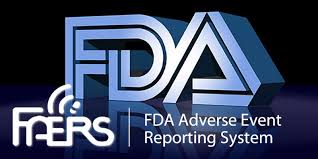 Shares of Ionis Pharmaceuticals (IONS) and Sarepta Therapeutics (SRPT) have both slid on Friday as the new, more user-searchable FDA Adverse Events Reporting System has driven attention, which some argue is misplaced, to reported deaths seen in patients using the companies’ therapies.

Yesterday, the FDA announced its launch of a new user-friendly search tool that improves access to data on adverse events associated with drug and biologic products through the FDA’s Adverse Event Reporting System, or FAERS.

In its announcement, the FDA stated:

“While the FAERS dashboard now offers stakeholders many more ways of searching for and organizing data on adverse events reported to the FDA for many drug and biologic products, there remain limitations to the data…while FAERS contains reports on a particular drug or biologic, this does not mean that the drug or biologic caused the adverse event.”

Other limitations include duplicate and incomplete reports are in the system, the information in reports has not been verified and rates of occurrence cannot be established with reports, the FDA adds.

The early weakness in shares of Ionis was attributed to a link being passed around by traders that shows nine patients have died while taking Spinraza.

Ionis partners with Biogen (BIIB) on the spinal muscular atrophy drug. Similarly, early weakness in Sarepta was attributed to a link showing patients taking Exondys 51 have had 11 serious cases, with three dying.

Baird biotechnology analyst Brian #Skorney tweeted this morning, “This is what happens when FAERS becomes easily searchable. Folks who haven’t been looking at it for years don’t understand the data.”

STAT’s Adam #Feuerstein has also tweeted, “Today’s pastime seems to be searching FDA’s FAERS database and tweeting side effects/deaths out of context.”

BMO Capital analyst Do #Kim believes the pressure on Ionis shares after nine reported deaths of Spinraza patients were found using the FDA FAERS database is unwarranted, noting that SMA Type 1 is usually fatal before one year. The analyst believes these deaths are not drug related and thinks the Q3 consensus Spinraza estimate is beatable. Kim keeps an Outperform rating on Ionis shares.

The deaths reported are not related to the drug and are consistent with outcomes in late-stage Duchenne muscular dystrophy, Marai tells investors in a research note after speaking with the company. He believes the deaths highlight the “extreme unmet need faced by patients with DMD and importance of early dosing.” The analyst recommends accumulating shares of Sarepta on today’s weakness. Exondys-51’s safety profile to date suggest it remains a “very safe therapeutic,” Marai adds.

Credit Suisse analyst Alethia #Young said she spoke to Sarepta management after receiving questions about Exondys 51 after the FDA made its Adverse Events Reporting Database a public site. All 3 cases of deaths that were brought up by those searching the FAERS were older patients who were at the end of their life and not related to the study drug, Young said she was told.

The analyst has an Outperform rating on Sarepta shares.

#Ionis Pharmaceuticals (IONS) spokesman Wade Walke told Bloomberg that the Spinraza patient deaths in the FDA database are “not surprising,” as type 1 spinal muscular atrophy drug patients are babies that usually live an average of 6-10 months.

“This is an extremely terrible disease: its normal course is death or permanent ventilation,” Walke told the news agency. He noted that Ionis and its partner Biogen (BIIB) are trying to push for earlier treatment via newborn screening since the companies had seen deaths in Phase 3 studies as well.

In Fridy’s trading, Ionis shares remain about 5% lower, though this is off the stock’s worst levels of the session. Meanwhile, Sarepta is near its session lows with a slide of over 6%.

Zogenix (ZGNX) reported positive top-line results from its first Phase 3 trial for its investigational drug, ZX008, for the treatment of Dravet syndrome.

Dravet syndrome, also known as severe myoclonic epilepsy of infancy (SMEI), is a type of epilepsy with seizures that are often triggered by hot temperatures or fever. This disease progresses to other seizure types like myoclonic and partial seizures, psychomotor delay, and ataxia. It is characterized by cognitive impairment, behavioral disorders, and motor deficits.

The trial met its primary objective of demonstrating that ZX008, at a dose of 0.8 mg/kg/day, is superior to placebo as adjunctive therapy in the treatment of Dravet syndrome in children and young adults based on change in the frequency of convulsive seizures between the 6-week baseline observation period and the 14-week treatment period.

#ZX008 0.8 mg/kg/day also demonstrated statistically significant improvements versus placebo in all key secondary measures, including the proportion of patients with clinically meaningful reductions in seizure frequency and longest seizure-free interval.

The primary efficacy measure was a comparison of the change in mean monthly convulsive seizure frequency between ZX008 0.8 mg/kg/day and placebo during the 14-week treatment period compared with the 6-week baseline observation period.

Shares of GW Pharmaceuticals (GWPH) are sliding after Zogenix (ZGNX) reported that its first Phase 3 trial for its investigational drug, ZX008, met its primary objective of demonstrating that ZX008 is superior to placebo as adjunctive therapy in the treatment of Dravet syndrome.  GW Pharmaceuticals is studying its own Epidiolex drug in children with Dravet syndrome. GW Pharma shares are down $15.27, or 13.6%, to $97.00 in pre-market trading.

Finish Line takeout could be in $14-$16 per share range

Yesterday, the New York Post reported that British-based Sports Direct — which owns brands including Everlast and Kangol — is in direct negotiations to buy Finish Line (FINL), and an acquisition could be announced in the coming weeks.

“It’s all moving forward,” the source said, adding that Finish Line’s board adopted a “poison pill” plan last month as a negotiating tactic rather than a move to prevent a merger. Sports direct already owns an 8-percent stake, according to filings, and the poison pill caps its potential ownership at 12.5 percent.

The UK retailer would likely keep the Finish Line banner, but create a “DSW of athletic shoes” and offer sneakers at lower prices, the Susquehanna analyst wrote last week, forecasting that a sale is more likely than not.

Finish Line, which operated 573 mall-based stores and 374 stores inside Macy’s stores as of April 2, generates more than 70 percent of its revenue from Nike footwear, the company said in its annual report.

Wells Fargo analyst Tom Nikic pegs Finish Line’s takeout range at $14-$16 per share after the New York Post reported that the company is in talks to sell itself to U.K.- based retailer Sports Direct. Finish Line closed yesterday up 41c, or 4%, to $11.66.

The new price target assumes a 50% probability that a deal occurs. Nikic keeps a Market Perform rating on Finish Line.