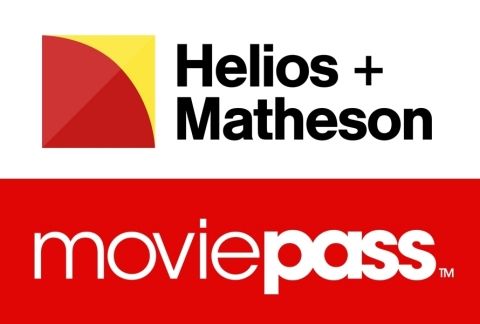 Helios and Matheson, a majority owner of MoviePass, said this morning that the subscriber base for the movie theater subscription service surpassed 600,000 paying monthly subscribers as of October 18, compared to about 20,000 as of August 14.

The company said the continued growth has exceeded initial expectations.

The company also said that its subscriber churn rate has been shrinking, to 2.4% in month two from 4.2% in month one.

“Month after month we aim to improve our service with faster card delivery, improved application updates, and an easier-to-use web site. We believe our strategy is paying off in terms of increased satisfaction, reduced churn, and faster growth,” MoviePass CEO Mitch Lowe said in a statement.

“When you apply computer science and machine learning to an industry that we believe has lacked significant innovation, useful patterns start to emerge,” said Helios and Matheson Chairman and CEO Ted Farnsworth.

On August 15, Helios and Matheson announced that it had entered into a definitive agreement to acquire a majority stake of MoviePass, which is led by Lowe, a Netflix (NFLX) co-founder and former Redbox president.

Helios and Matheson also introduced a new monthly movie ticket subscription of $9.95, allowing customers to get into one showing every day at any theater in the U.S. that accepts debit cards for about the price of a single ticket each month.

Following the price cut to $9.95, MoviePass said its website was overwhelmed by the volume of traffic from interested customers, forcing some theatergoers to wait almost a month before their passes arrived in the mail. At the time, Lowe said he “totally underestimated demand,” but the company boosted its team to 35 to deal with the backlog.

Some are cautious on Helios and Matheson as shares have jumped over 1000% since announcing the acquisition of a majority stake in MoviePass.

Citron Research tweeted on October 11 that Helios and Matheson’s stock will “trade back to $20 Retail investors are warned. You might like product but $1+bill it isn’t. Giving away $1 for .90 no biz.”

A day later, Citron tweeted that “Don’t like to stay short companies that are expected to lose money high borrow $ hit tgt price in one day. all timing.” Helios and Matheson has also been mentioned cautiously by TheStreetSweeper.