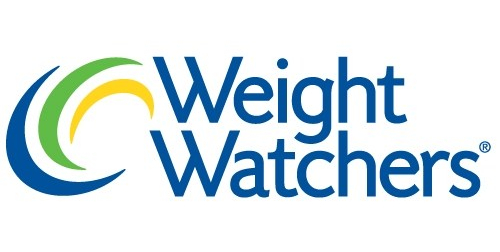 Shares of Weight Watchers International (WTW) surged in Tuesday’s trading after the company’s quarterly report beat expectations on both the top and bottom line.

In addition to announcing an increase in subscribers, the weight management services provider again raised its fiscal year guidance.

After the market close on Monday, Weight Watchers reported third quarter earnings per share of 65c on revenue of $323.7M, handily beating analysts’ estimates of 51c and $319.4M, respectively.

Weight Watchers said end of period subscribers were up 18.4% from last year to 3.4M, driven by growth in all major geographic markets.

End of period meeting subscribers were up 10.6% and online subscribers at the end of the quarter were up 24.4% vs. last year, the company said.

Weight Watchers has been on a turnaround track since Oprah Winfrey took a stake in the company and agreed to become a company spokesperson in October 2015.

The company said on its earnings conference call that Winfrey, a “strong advocate of our new program,” will play an “essential” role in its upcoming U.S. marketing campaign.

In addition to “the Oprah Effect,” CFO Nick Hotchkin said the company is retaining customers through technology investments and an improved weight loss program.

Weight Watchers announced in late April that Mindy Grossman, CEO of HSN, Inc (HSNI), would join the company as president and CEO in July.

Weight Watchers noted on its earnings call that in an independent study conducted in the U.K. and recently published in the British Medical Journal, researchers found “considerable” reductions in diabetes risk as well as an average weight loss of 22 pounds within a year of patients being referred to Weight Watchers.

In September, Weight Watchers applied for a patent called “fresh smart portions delivered,” according to a filing with the USPTO.

Others in the home meal delivery business include Blue Apron (APRN).

The analyst told clients in a note that momentum is building in 2017 with the potential for significant upside to estimates in 2018. With the post New Year’s “diet season” quickly coming up, Fuhrman said future beats could be even bigger as the company carries a meaningful recruitment tailwind into 2018.

Fitbit (FIT) announced it has been selected as the first wearable for use in the national All of Us Research Program established by the White House in 2015.

This project is funded by a supplement to a funding award from the National Institutes of Health to The Scripps Research Institute.

All of Us Research Program seeks to enroll one million or more participants to accelerate research that may improve the ability to prevent and treat disease based on individual characteristics.

Researchers will use data gathered from the program to learn more about how individual differences in lifestyle, environment and biological makeup can influence health and disease.

As a subset of the All of Us Research Program, the Scripps Translational Science Institute leads The Participant Center, a unit tasked with enrolling and engaging diverse populations across the country.

Through this network, STSI will provide up to 10,000 Fitbit Charge 2 and Fitbit Alta HR devices to a representative sample of All of Us volunteers for a one-year study. At the end of the study, the researchers will provide recommendations on how the devices could be more broadly incorporated into the All of Us Research Program.

Additionally, the study will generate a data set that presents a unique opportunity to explore the relationship between health indicators such as physical activity, heart rate and sleep in conjunction with other critical health outcomes that will be captured as part of All of Us.

Hepatic porphyrias is a form of porphyria in which the enzyme deficiency occurs in the liver. Examples include (in order of synthesis pathway):  Acute intermittentporphyria. Porphyria cutanea tarda and  Hepatoerythropoietic porphyria. Hereditary coproporphyria.

The company is also reiterating its previous guidance that it expects to report interim analysis data in mid-2018 and, assuming positive results and pending U.S. FDA review of the program at the time of the interim analysis, it intends to file a New Drug Application for givosiran at or around year-end 2018.

Alnylam has also reached alignment on the ENVISION Phase 3 study design with the EMA.

The ENVISION Phase 3 trial is a randomized, double-blind, placebo-controlled, global, multicenter study in more than 20 countries to evaluate the efficacy and safety of givosiran in approximately 75 patients with a documented diagnosis of AHPs. Patients will be randomized on a 1:1 basis to receive 2.5 mg/kg of givosiran or placebo subcutaneously administered monthly, over a 6-month treatment period.

The primary endpoint is the annualized rate of porphyria attacks requiring hospitalization, urgent healthcare visit or hemin administration at home over the 6-month treatment period.

The planned interim analysis will evaluate reduction of a urinary biomarker – aminolevulinic acid – in 30 patients after three months of dosing, as a surrogate endpoint reasonably likely to predict clinical benefit.

Key secondary and exploratory endpoints will evaluate reductions in the hallmark symptoms of AHPs, such as pain, nausea, and fatigue, as well as impact on quality of life.

All patients completing the 6-month treatment period will be eligible to continue on an open-label extension study in which they will receive treatment with givosiran for up to 30 months.