Uber to acquire Postmates for $2.65B in all-stock transaction

Uber and Postmates announced that they have reached a definitive agreement under which Uber will acquire Postmates for approximately $2.65B in an all-stock transaction.

This transaction brings together Uber’s global Rides and Eats platform with Postmates’ delivery business in the U.S.

Additionally, Postmates has been an early pioneer of “delivery-as-a-service,” which complements Uber’s efforts in the delivery of groceries, essentials and other goods.

For restaurants and merchants, Postmates and Uber Eats will together offer more tools and technology to connect with a bigger consumer base.

Following the closing of the transaction, Uber intends to keep the consumer-facing Postmates app running separately.

Uber currently estimates that it will issue approximately 84M shares of common stock for 100% of the fully diluted equity of Postmates.

The boards of directors of both companies have approved the transaction, and stockholders representing a majority of Postmates’ outstanding shares have committed to support the transaction.

The transaction is subject to the approval of Postmates stockholders, regulatory approval and other customary closing conditions and is expected to close in Q1 2021.

Like other travel- and transportation-related businesses, Uber’s ride-hailing segment has been negatively impacted by the COVID-19 pandemic, due to shelter-in-place orders throughout the United States.

On-demand delivery, however, has grown, with people relying on services like Uber Eats to get food without leaving their homes. According to its last earnings report, Uber’s ride-hailing gross bookings dropped, but its food delivery service saw gross sales growth of 54% during its first fiscal quarter.

Shares of food delivery company GrubHub are sharply higher after the Wall Street Journal reported that Uber Technologies (UBER) approached GrubHub (GRUB) earlier this year with a takeover offer and the parent company of Uber Eats and its rival service operator continue to discuss a possible combination.

Uber is seeking to acquire GrubHub in an all-stock deal that would reshape the meal-delivery business, but “it’s far from guaranteed the talks will produce a deal,” according to the report.

Bloomberg’s Ed Hammond has separately reported this morning that Uber has made an offer to acquire GrubHub.

The companies are in talks about a deal and could reach an agreement as soon as this month, sources told Bloomberg.

“While our Rides business has been hit hard by the ongoing pandemic, we have taken quick action to preserve the strength of our balance sheet, focus additional resources on Uber Eats, and prepare us for any recovery scenario,” said Uber CEO Dara Khosrowshahi.

Uber Eats is a direct competitor to Grubhub, with Grubhub controlling  26.7% of the market while Uber holds a 25.2% market share.

GrubHub (GRUB) is seeking 2.15 Uber (UBER) share in exchange for each of its own shares in a potential takeover and Uber’s board is expected to review the latest GrubHub counter proposal, according to The Wall Street Journal, citing sources.

After Bloomberg reported that Uber (UBER) has approached GrubHub (GRUB) with a takeover offer, Needham analyst Brad Erickson said such a deal would be consistent with his bullish thesis that Uber Eats could eliminate as much as $500M of its roughly $1.2B in losses last year through such a GrubHub acquisition.

With Uber having exited India and seven other unprofitable markets, Erickson thinks investors would “further recognize a dramatically clearer picture towards food delivery profitability” if a GrubHub deal were to occur, he added. Erickson reiterates a Buy rating and $42 target on Uber shares.

RBC Capital analyst Mark Mahaney compiled a broader research note titled “Top Ten Internet Surprises for 2020” list, in which he assigns a “reasonable chance” of 30% or more for the following to occur against the “average internet investor” expectations of the event being improbable.

Shares of Expedia (EXPE) fell on Monday after reports that CEO Dara Khosrowshahi is expected to be offered the position of Uber CEO. Today, Khosrowshahi confirmed he plans to accept the top job at the ride-hailing company.  Khosrowshahi, 48, is on the threshold of becoming one of the world’s most prominent CEOs.

Expedia CEO Dara Khosrowshahi will be offered the CEO role at Uber, Recode reported this past weekend, citing sources. According to Kara Swisher, Khosrowshahi was the “truce” choice for Uber’s board, which has been facing infighting between ousted CEO Travis Kalanick and Benchmark, one of its major investors. 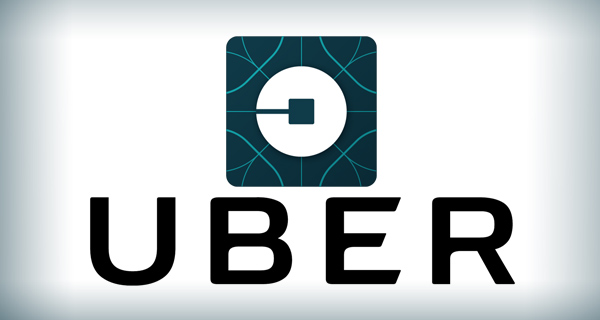 According to Bloomberg, Khosrowshahi, who spent 12 years as the CEO of Expedia, held unvested stock options in that company worth $184.4 million as of Friday’s close in New York. Companies (Uber) typically grant replacement awards to executives who must forfeit unvested equity when they leave before their employment terms have expired.

The ride-hailing company will likely also grant #Khosrowshahi additional compensation, such as an annual salary and stock awards that vest over several years to ensure he remains on the job. That could push his total price tag north of $200 million.

As a private company, Uber doesn’t have to divulge any pay information about its employees, but a few hints have leaked in the past months mostly due to a lawsuit with Google. Court documents show that Uber awarded 5.31 million shares, worth roughly $250 million, to Anthony Levandowski, a self-driving car engineer the company poached from Google last year.

According to the #Recode report, former GE (GE) CEO Jeff Immelt withdrew his name from contention when it was clear he would not win the job. #Immelt said in a tweet, “I have decided not to pursue a leadership position at Uber. I have immense respect for the company & founders – Travis, Garrett and Ryan.”

The report also said HP Enterprise (HPE) CEO Meg Whitman had the upper hand in the race for Uber’s CEO role, but “also wanted a number of things — including less involvement by ousted Uber CEO Travis #Kalanick and more board control — that became too problematic for the directors.”

Whitman was again considered for the top position over the weekend, CNBC’s David #Faber reported. Last week, #Whitman reiterated her statement that she would not be Uber’s next CEO, telling The Wall Street Journal that “nothing has changed” since her July 27 tweets, when she stated “I am not going anywhere” and “Uber’s CEO will not be Meg Whitman.”

On August 28, Expedia Chairman and Senior Executive Barry #Diller circulated the following email to Expedia, Inc. employees: “As you probably know by now, Dara #Khosrowshahi has been asked to lead Uber. Nothing has been yet finalized, but having extensively discussed this with Dara I believe it is his intention to accept. I also know the struggle he has been having out of both his abiding enthusiasm for Expedia’s future as well as his loyalty to all of us. I know Dara would like to communicate now with all of you but I’ve asked him not to until this is fully resolved. If #Dara does leave us, it will be to my great regret but also my blessing – he’s devoted 12 great years to building this Company and if this is what he wants for his next adventure it will be with my best wishes. I say that because he deserves nothing less and I say that also because he will leave behind a tremendously talented corps of executives… We both will be back in touch very soon.”

SunTrust analyst Naved Khan said that the departure of Khosrowshani from Expedia would be “negative” because the CEO has played a role in Expedia’s success. However, #Khan added that the impact on #Expedia’s business would be “minimal,” given what he calls the company’s “deep and seasoned executive bench,” along with the autonomy of its business units. The analyst kept a $190 price target and a Buy rating on shares.

Cowen analyst Kevin #Kopelman had similar views, calling the move a “clear win” for the executive and for Uber and a “major loss” for Expedia. While he expects Expedia shares will likely suffer a selloff on the news, he said Expedia has a strong bench and believes the company is “in good hands” with Mark Okerstrom, who has been CFO and EVP of Operations since 2011. Kopelman has a $170 price target and an Outperform rating on Expedia shares.

JPMorgan analyst Doug #Anmuth believes the potential departure of Expedia CEO Dara Khosrowshahi will weigh on the company’s shares in the very near-term. The exit would come at a critical time for Expedia with its 2016 largely being spent on integrating the Orbitz and HomeAway acquisitions, Anmuth tells investors in a research note. He believes Expedia CFO and EVP of Operations Mark Okerstrom is the most likely candidate to take over as CEO. Okerstrom has been a “strong partner” to Khosrowshahi and would likely ensure a “smooth transition,” the analyst contended.

Uber is considering General Electric (GE) CEO Jeff Immelt among “a handful” of candidates for its CEO, The Wall Street Journal reports, citing a person familiar with the matter.

According to the person, Uber’s search committee has held “active” discussions with Immelt, who is stepping down as GE’s CEO at the end of the month, though he will remain chairman through the end of the year.

Uber hopes to wrap up the CEO search process by Labor Day, according to the report.

HP Enterprise (HPE) CEO Meg Whitman, who was rumored to be in contention for Uber CEO, says she is “fully committed” to HPE and she will not take the job at Uber.

To read timely stories similar to this, along with money making trade ideas, sign up for a membership to Stockwinners. We offer stock picks, option picks, daily stock upgrades, stock downgrades, and earnings reports that are delivered to your email.